P68 | EXPERIMENTAL THEATRE. School of arts and theatre in Almagro. 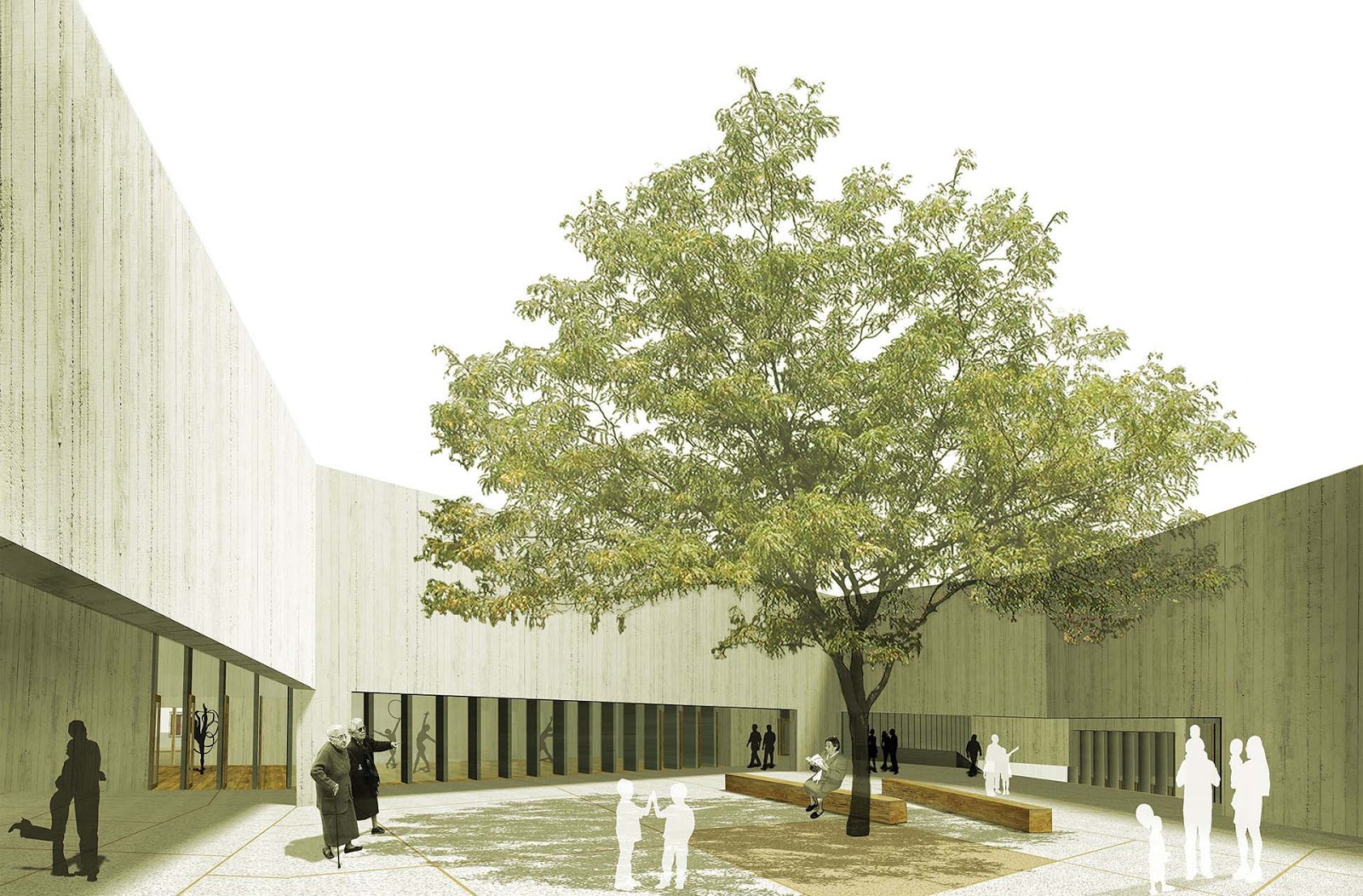 Almagro is a place with a special character: slopped roofs, whitewash walls and patios. The project aims to fit in the city, being respectful with the block and the height of the buildings. The purpose is to create a public route through the building, an open tour with the patio in the center. All the different parts of the theatre are connected through the patio: the nexus that unifies the project. In this a way, the interior square is the element that connects and oxygenates everything, it is the lung of the building. Thus, we need a tree to inhabit the place. The tree is now the center of the project, it becomes a clear reference, a milestone in the patio. This alive item organises everything: it takes care of the public route, observes the entrance of the theatre, the training rooms, the café and the educational area. Related to the theatre, the project aims to get a versatile theatrical space, capable to host all kind of shows. The theatrical space offers the possibility to adapt to several situations: it can be used to represent classical productions, concerts or innovative shows. The different transformations of the cloister generate informal stages where urban performances can happen.
‬ 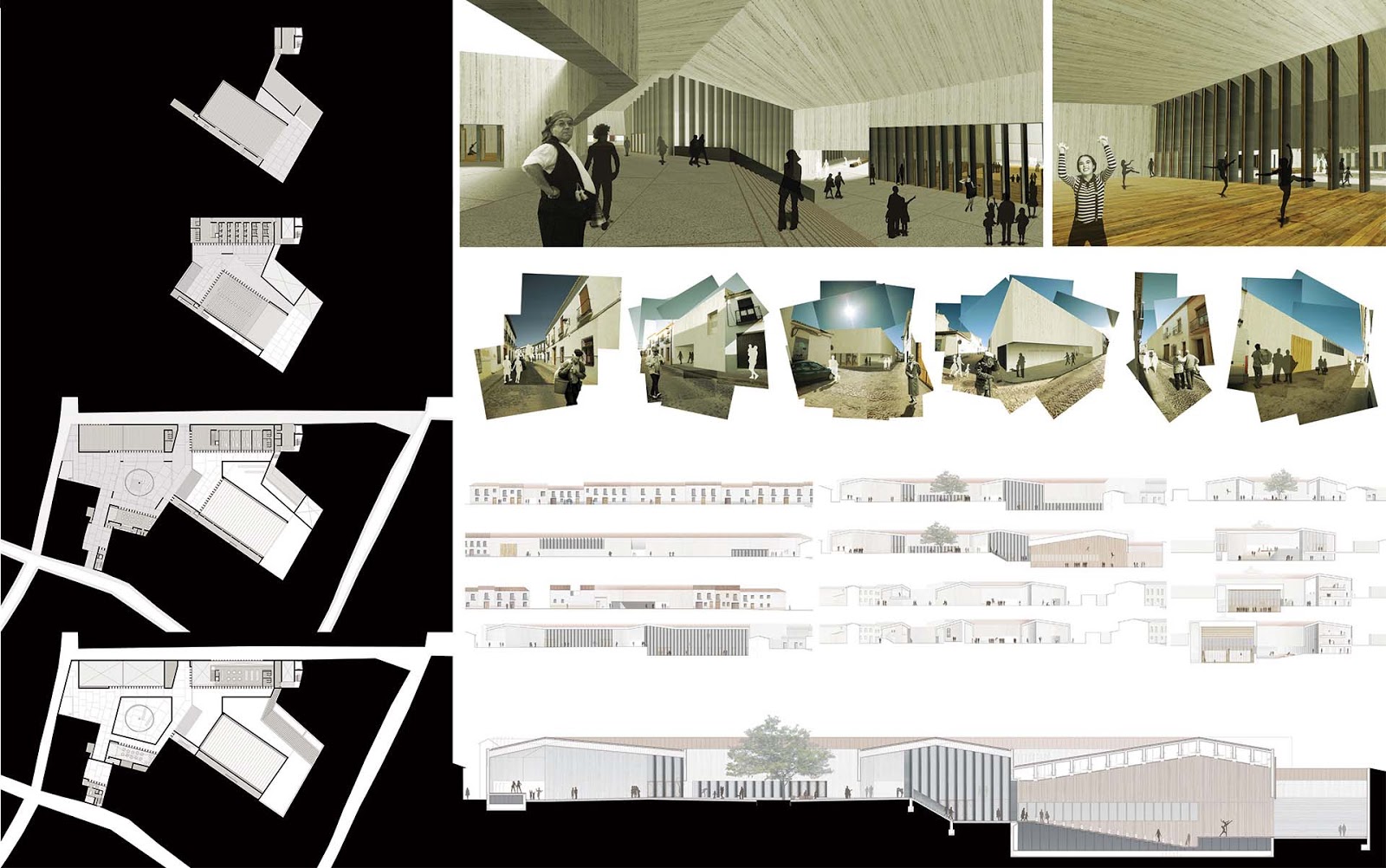 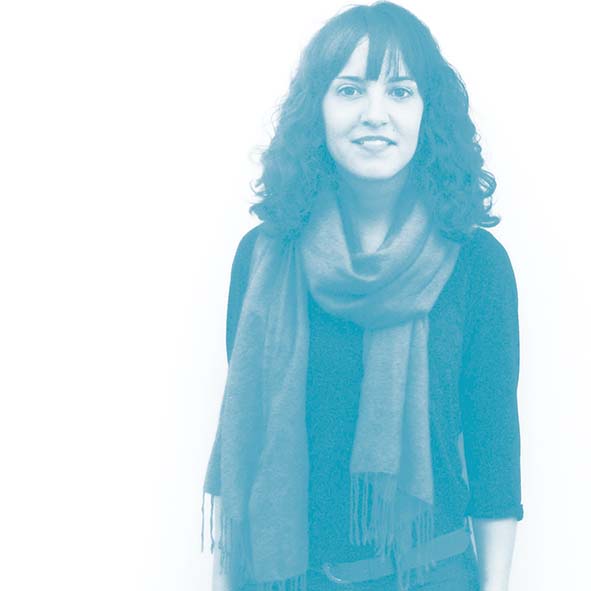 María García Mansilla was born in Castellón (Spain) in 1987. She graduated from the Escuela Técnica Superior d’ Arquitectura of the Universitat Politècnica de València in 2011. In December of the same year she got the Bancaja Award for her graduation project titled Experimental Theatre in Almagro. In May 2012, she was also finalist in the competition iStart UPV, a contest for the development of new business ideas organized by the Polytechnic University of Valencia, for her project reHogar. During her studies she attended several congresses and workshops, like Material and Form (2009, 2011), White Architecture (2010), Urbanism and Management in small towns(2006) and Cruz y Ortiz workshop (2010). Her work has been collected in several publications, such as Selection of Projects (2009, 2010, 2011), Ceramical Architecture (2011), and also some exhibitions: Selection of Projects (years 2009, 2010, 2011) and Occupy ETSAV (2013). She has collaborated with several architecture studios and nowadays she works in the development of stations for electric vehicles in the Netherlands.
— 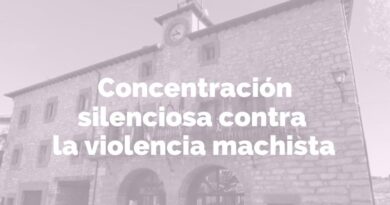